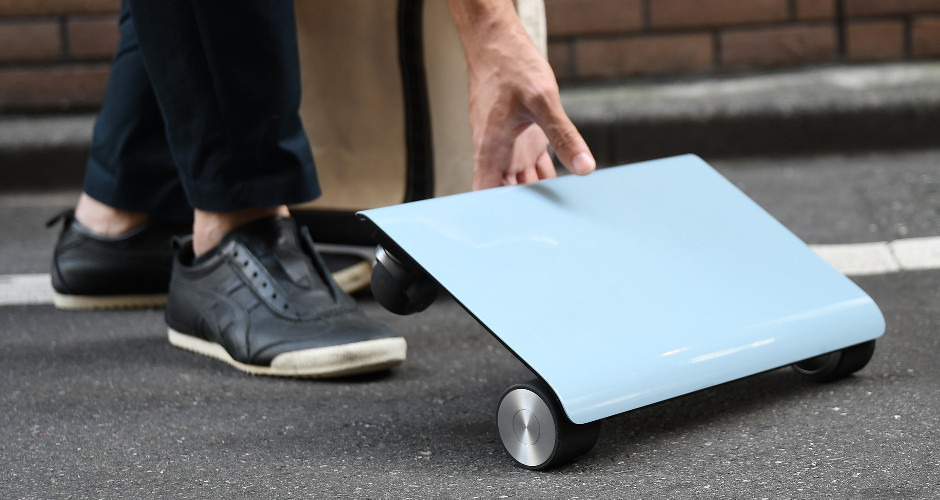 A Segway you can carry in a laptop bag? That’s what Cocoa Motors promised when it revealed the WalkCar, an ultra-compact personal transport, last year. And finally, after a year of perfecting its design, the WalkCar will be available for pre-order starting on October 21.

The final specs have the WalkCar measuring in at roughly the same size as a 13-inch laptop. But inside its 6.2-pound carbon fiber frame, you’ll instead find electric motors capable of propelling the tiny transport at speeds of up to 10 miles per hour, and a battery good for about a full hour of scooting around town.

The WalkCar is steered by gently leaning your body from side-to-side, which means there will probably be a bit of a learning curve when it comes to mastering maneuvering the device. But for your commute to work that’s a minor tradeoff if it means never having to hunt down a parking spot, or a safe place to lock up your bike.

As for pricing, the WalkCar will set you back about what a decent MacBook costs these days: $1,280. But you’ll once again need to be patient for an entire year since pre-orders aren’t expected to ship until September of next year. The subway’s not that bad, is it?