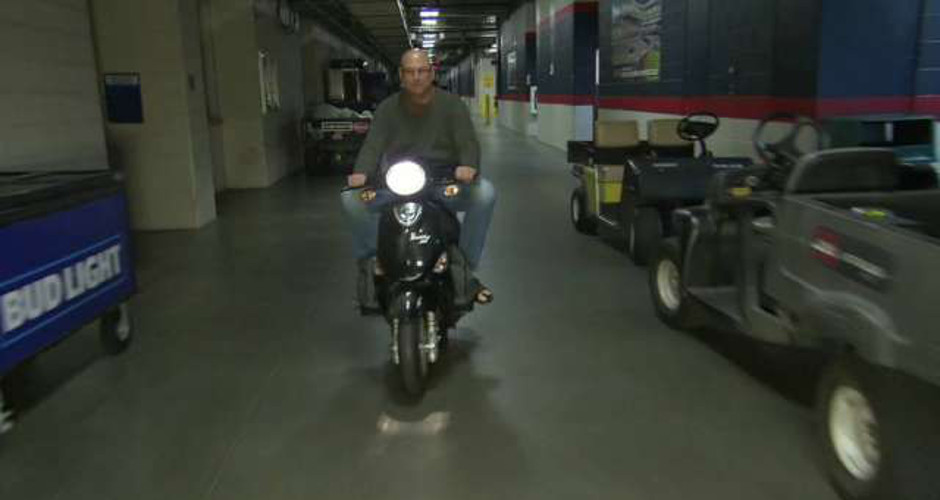 Marlon Brando was “The Wild One” — decked out in leather and chains atop his motorcycle.

Terry Francona is “The Mild One” — with a smart sweater and a scooter.

Before the Indians’ 2-0 victory over the Blue Jays in Game 1 of the ALCS, Francona rode his Genuine Buddy scooter in to work. And while the scooter has long been a part of the skipper’s transportation — it even has a berth on Cleveland’s Spring Training truck — it’s always hilarious to see him scooting on his way.

While he won’t have to worry about any hop-ons with the small vehicle, if it was just slightly larger, we could have a brand new version of the bullpen car. Don’t you want to see Francona jump on his trusty metallic steed to hail Andrew Miller during a vital part of the game?

Either that or we should get our remake of “The Wild One” with Francona as the lead.