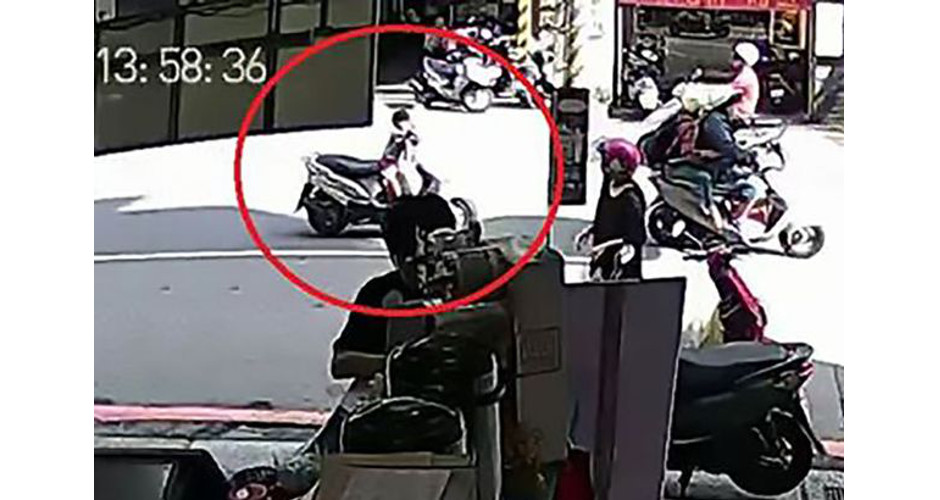 The toddler wanted to copy his father by grabbing hold of the handlebars – but somehow managed to accelerate away down the street.

This is the frightening moment a young toddler sped off on his dad’s scooter when the engine was left running and the child grabbed the handlebars to try and mimic his parent.

The dad and his young son – believed to be a toddler – had gone out to the shops at around 2pm, and the man thought it would be safe to leave his son alone on the vehicle for just a few minutes.

But mere seconds after stepping off the scooter to buy something nearby, he dad turned around in shock as his tot reached for the handlebars with both arms and sped off into the street in New Taipei City’s Banqiao District, in North Taiwan.

He had apparently managed to “rev” the throttle with his right hand, having watched his dad do it so many times before.

CCTV footage taken by from one of the shops shows the bike travelling forwards at speed with the dad chasing behind on foot.

Nearby witnesses also seemed stunned by the sight of the boy riding off on the vehicle.

Unable to control the scooter, the toddler eventually crashed it on the street and began crying.

Fortunately he did not suffer any serious injuries or cause any harm or damage to any of the nearby pedestrians or vehicles.

Banqiao District authorities are not believed to have been involved in the incident.