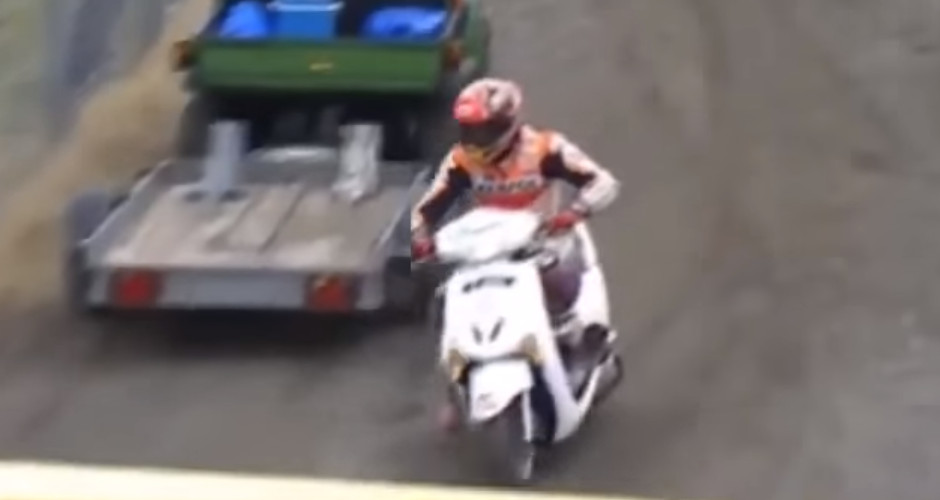 MotoGP World Championship racer Marc Marquez crashed during a qualifying round on Saturday. He also “borrowed” a scooter.

The scooter belonged to a photographer, who didn’t argue with Marquez for taking it. Marquez admitted that he was going to take the scooter regardless, though.

“I made a mistake in qualifying and crashed on the second lap. The marshals were a bit far away, and I saw a scooter with a key in it and nobody around. When I took it, I saw that it belonged to a photographer, but he let me go. I wanted to get back to the pit as soon as possible, so honestly I would’ve taken it even if he said no!”

Marquez would actually qualify in fourth, so the scooter paid off.