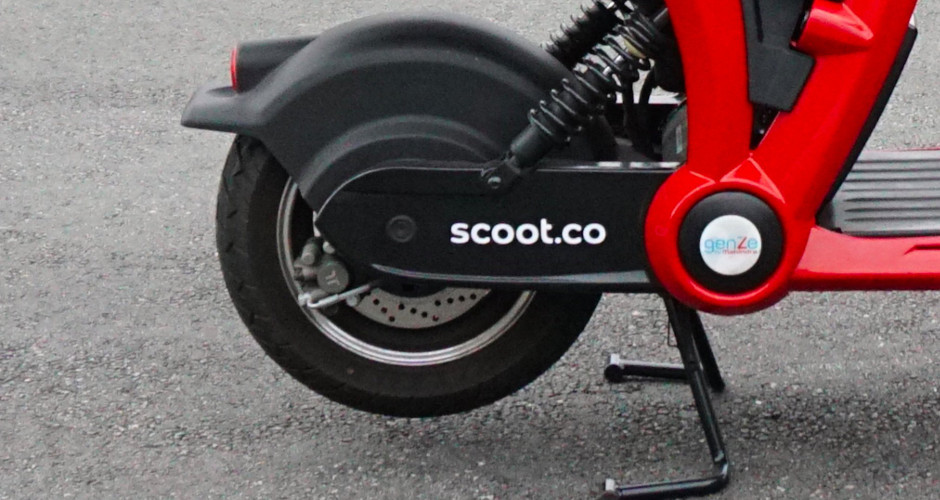 San Francisco is a bear to get around. The hills make it near impossible to walk anywhere without arriving as a sweaty mess, while the public transit makes New York’s MTA look like a well-oiled Hyperloop.

Scoot, founded in 2011, lets people find a nearby Vespa-style scooter, unlock it through their smartphone, and ride anywhere for just $4 per 30 minutes. There are more than 10,000 users enrolled in the network, and over 400 scooters on the road. 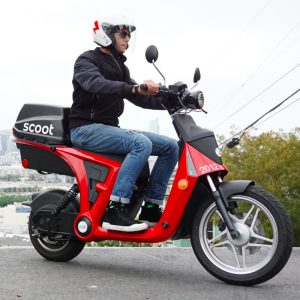 This summer, San Franciscans will spot more cherry red electric scooters on the road than ever. Scoot is introducing a sleeker model and plans to add over 300 more scooters by this August, in the hopes of making them available at a moment’s notice.

I recently visited the company’s headquarters-slash-auto-repair in San Francisco’s SoMa neighborhood to see how it works.

Before you can start borrowing scooters, users must complete a brief training session online (or in-person at the DMV parking lot, if they’re a beginner-motorist). There’s no motorcycle license required.

Users then search for nearby available scooters on the company’s smartphone app. They’re parked at charging stations scattered across the city, and in street-parking clusters near the CalTrain station and other popular locations that are tough to reach by public transit.

You can reserve the scooter and unlock it with the push of a button. (The first generation Scoot scooters required a key to put it into drive.)

Michael Keating, CEO and founder of Scoot, says if you can ride a bike, you can learn to drive an electric scooter. Twisting the right handlebar moves you forward, while gripping the hand-breaks brings you to a stop. It requires some balancing to stay upright.

The scooters reach 30 miles per hour and boast a range of 20 to 25 miles. When you reserve a scooter, the app tells you how many miles it can ride before the battery charge runs out.

It’s also not going to work for everyone, Keating concedes. I’m too terrified of crazy drivers and my own clumsiness to ride a bike through city streets, so Scoot might not be a good fit for my needs.

Still, it’s a solid way to save money if you’re traveling on a budget. In May 2015, the average Uber fare was $13.36, which would give Scoot users over 90 minutes of ride time. You also don’t need to tip.

Scoot delivers a much-needed service in a major city that lacks a convenient bike-sharing initiative (San Francisco has a bike-share program, Bay Area Bike Share, but it has a limited number of stations that all hug the eastern border.)

While Scoot offers easy access and affordability, its use cases are rather limited. I could see myself borrowing a scooter to run to the grocery store, but because the cargo space is taken over by an extra motorcycle helmet, there’s little room for a food haul.

At the very least, it looks cool.